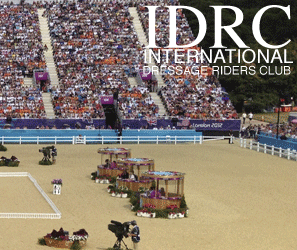 The FEI held a special stakeholders meeting at the Sheraton hotel in Brussels on 11 February 2015 to discuss the future of the dressage sport. This brain storm session was well attended by rider, trainer, judges and show organizer representatives, as well as by the FEI President Ingmar de Vos. 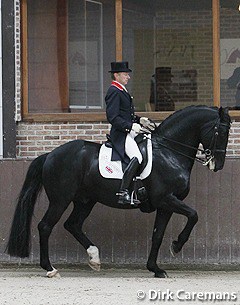 The IDRC was represented by its chair Kyra Kyrklund, its secretary-general Wayne Channon (in picture by ©Dirk Caremans) and the rider representative on the FEI Dressage Committee, Anna Paprocka-Campanella. “The attendance of the FEI President showed the importance that the FEI places on Stakeholder input,” Channon explained.

The objective of the meeting was to discuss how to make dressage more popular. Our ranking as an Olympic sport, and thus our survival Olympic, depends on viewing figures (both TV and online); social media activity; press, etc.

The objective of the ‘brainstorming meeting’ was to conclude the work on the Future of Dressage document had been started a year ago, the DC having decided that a proactive stance was needed to ensure Dressage remained an Olympic sport. This initiative was supported by the FEI President and Secretary General, and the other Olympic disciplines had been asked to follow suite.

The Chair opened the meeting and welcomed all the stakeholder club representatives to this brainstorming meeting on the future of dressage. The work on the Future of Dressage document had been started a year ago, the DC having decided that a proactive stance was needed to ensure Dressage remained an Olympic sport. This initiative was supported by the FEI President and Secretary General, and the other Olympic disciplines had been asked to follow suite. The document was to be presented and discussed at the FEI Sports Forum in Lausanne in April, after which the DC was to finalise it, and send it to first the FEI Bureau and then the General Assembly for final approval.

The participants went through and discussed the draft Future of Dressage document. The following feedback was given by the participants:

All stakeholder representatives present were against the principle of shortening the GP test. The motivation for the current length and the repetitions of certain movements was that it tested the horses’ fitness and training, to see if they could still perform after 5-6 minutes and also that the movements repeated were the highlights that people wish to see. The GP was considered a good product but the packaging should be changed, and it should be better explained.

The Freestyle, when introduced, had also encountered resistance to start with, but was what revolutionised the sport. Shortening the GP was not seen as such a game changing idea though. It was seen as preferable to create a new class or product rather than to try to tweak an existing one. Regarding TV, it was brought up that this would change over the near future and be replaced by more use of the internet. The idea should be to add something rather than subtract, such as various figures, which spectators generally find interesting.

The FEI President, Mr Ingmar De Vos, joined the meeting. He thanked all for participating. He reminded that the problem for equestrian sport with the IOC was popularity and the sports had to meet a long list of parameters. For e.g. gender equality Dressage scored high. But popularity was measured on TV figures, social media, web site hits etc., and here the sport, having a devoted but only small audience, was weak. The IOC also gets its revenue from TV. Hence the sport needs to be made more popular. The GP lasting over days with no actual result. Other sports, such as athletics, also had many qualifiers/heats, but these take less time and there is a result after each. One possibility could be to hold the qualifiers somewhere else.

The Freestyle was seen as good as the Individual competition, but the Team competition should be thought through to see if there were other possibilities, as just adding up three separate individual scores was not showing a lot of team effort. Thinking out of the box to attract more audience, such as e.g. having 2-3 combinations competing simultaneously as a team (like a Pas de Deux), should be encouraged. Currently if fans wanted to watch their own nation’s competitors only, they had to watch the whole competition. Radical changes could not be made for Rio 2016, as athletes needed time to adapt, but at the 2018 WEG as an OG qualifier. Jumping had come up with a new format of having the Individual competition first, and also possibly a knock-out. The core fan base is loyal and should not be alienated, but the media feedback has to be taken into consideration also. Another concept for the team competition should be looked for. Any such new concept would naturally have to be tested before being used in any Games.

The issues around judging had to be addressed also, and the online education system being developed would help, and would include a “video bible” of the movements. It was brought up by the IDRC that additionally a code of points was needed. This would be part of the online education material. The Stakeholders should be involved in the development of the material from the start, and also provide contents. The proposal received by David Stickland on judging was to be looked at in the DC and at the 5* Judges Seminar, as the judging system had to be decided on first before developing anything further.

Innovation was needed while preserving classical Dressage. New formats/competitions for media, such as 45 second short specific tests (e.g. piaffe/passage) could be made for the media in addition, while preserving the classical tests. E.g. in the Netherlands, a team test where all team members did different movements had been tried and had been a success.

Speeding up the scoring process was to be looked into, as well as shortening the entry/exit time of the horses in the arena

The IDTC proposal was similar to that of London 2012. 3 member teams with the Individuals qualified on a ranking system. An NF that had qualified a Team could qualify a 4th rider as an Individual. The teams would be chosen after the GP, which would serve as a qualifier both for the Team and Individual competition. One strong criticism to this in London had been the unfairness of some NF with 4 being able to substitute, whereas those with 3 could not. Team medals would be decided in the GPS, Individual medals in the GPFS.

This proposal was to be looked at by the DC, along with the other proposals at hand.

Meetings such as this were seen as very positive and necessary and should be held at regular intervals, but it was the wish of the Stakeholders that it should not be during big event. The Chair reminded the clubs about the importance of close relations to the DC members.

These discussions would be followed up in the DC and a presentation for the Sports Forum finalised. The Chair urged the Club members to be present at the Sports Forum (Lausanne 27- 28 April) if possible.

The Chair thanked all for a fruitful meeting and good discussions and closed the meeting.